Stefanos was born in Athens and he permanently stays in Cyprus since 2003. He is a graduate of Sussex University where he studied mathematics and he also holds an MBA degree from Henley Business School of the University of Reading.

He started working at Sigma TV in 2003, as a viewership analyst, responsible for research and analysis. In 2005, he also joined the Program Formation team of the TV station, while in 2007, together with rest responsibilities, he also took over as the Program Flow Manager.

In 2008, he worked at Ant1 TV Cyprus as Business Development Manager and he was responsible for research and analysis.

In 2009, Stefanos moved to advertising sector, becoming the Media Director at UPSET Advertising in Cyprus, where he was handling the campaigns of major clients like Laiki Bank and Louis Cruises. In 2011, he took over the General Management of the company.

In 2014, he founded TARGET, as a marketing and advertising agency, undertaking the marketing strategies and communication campaigns of major clients. 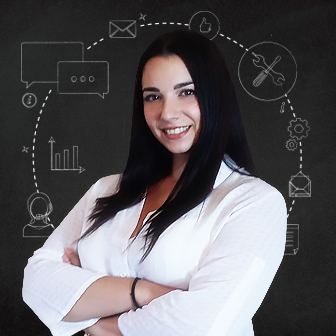